I've always loved these posts about other people's lives, and how they've grown and changed over a year.  So, here goes.


I tried, and completed my second NaNoWriMo.
I lost my grandfather.
I finished seventh grade, and started eighth.
I found new friends in Veronica Mars, the Doctor, Sherlock, and Robin hood.
I became a Nerdfighter.
I met one of my dear friends, and now my neighbor and locker partner.  Love ya, girlie.  :)
I started blogging.
I went to France without parents-- just me and my sister, for two weeks, staying at our friend's house.
I got a Nook-- her name is Isabelle-- and learned that e-readers aren't all that bad.
I learned that my dog Milo has a liver shunt, that probably cannot be corrected, so now he's vegan which has mostly corrected the problem.
I sat in a dark theater, on the night of July 14th, and held hands with one of my lovely friends, J, while we waited for the premiere of Harry Potter and the Deathly Hallows Part II, and cried shamelessly at the end.
I grew in my writing, by going to a two week long writing camp.
I left, and then reconnected with The Purple Elephants on the NaNoWriMo forums.
I met Tamora Pierce and Terry Pratchett.
I turned thirteen.
I became a proud Whovian.
I became friends with several lovely people through blogging-- Mirriam, and the Golden Eagle, to name two.
That was my 2011.  I grew in my nerdiness, I grieved, and I learned to live life to the fullest and not care what other people think.  I'm proud of who I am now, and I think I'm a much better person than I was in 2010-- I'm happier, I'm more open in the person I am, and I know more of who I am.  I hope you guys all had a good 2011.  Mine had it's ups and downs, that's for sure, but you know what?  All in all, it was pretty darn good.
I hope you all had a great 2011, and will have a wonderful 2012.
The Dandy Lioness
Posted by The Dandy Lioness at 4:21 PM 2 comments:

Random Ramblings and a Dash of Tea

Hello!  I hope that everyone had a wonderful holiday.  Christmas for me was lovely this year, as I got nerdy t-shirts, Gilmore Girls, Doctor Who, and many books.  Speaking of books, I got Beauty Queens.  Oh my goodness.  I had forgotten how hilarious Libba Bray's books can be.

Christmas Eve was just as fun as usual, and was filled with Playmobil trains, pinball, and playing with my young cousins.  Christmas day was spent at my aunt and uncle's house, with their four children, and many members of my extended family.

This is just a short little catching-up post, and I'll give you a real, actually exciting post sometime soon.  As it is, I hope your holidays were lovely, and I wish you a happy new year.  My family is hosting a New Year's party this year, which should be... interesting.  Especially since I'm not a huge fan of throwing parties.  :P

Fourth attempt at this post.  Have any of you seen this video?

I really like it.  I've listened to it several times already today, and it fits the books perfectly, I think.  I know that it's gotten a lot of people saying they don't like it, but I really do.  Now, because I've just about given up on writing a post today, I'm just going to post this video.

Oh, also, I watched The King's Speech the other day.  It was really good, though he did swear a lot.  Not that I'm not used to it, considering my school.  :P

My sister and I traveled to France over the summer, and our very lovely friends that we stayed with, sent us a lovely book filled with pictures from our trip.  They were of everything from the airplane trip there, to us fishing at a lake, to wandering around a gorgeous, really old chateau that was only 15km from their house.  It was absolutely lovely, and very sweet of them.

{Via}
Dear my lovely school friends,
Thank you for all the wonderful gifts.  They made me smile.

{Via}
Dear Milo,
Thank you for sitting last night with me, when I was reading Christmas books.  You're so cuddly and sweet. 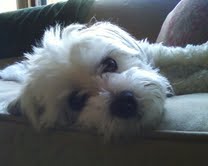 Dear sister-of-mine,
I can't wait until you get home.  I'm going to make you make peppermint bark with me.

{Via}
Dear wonderful friend of mine who tried, and completed NaNoWriMo with me,
Please contact me back, so we can make a NaNoWriMo cake.

{Via}
Dear teachers,
Thank you for giving little to no homework over the break.

{Via}
Dear YouTube,
Thank you for entertaining me last night.  It was much appreciated.

{Via}
Dear friends and followers,
I love you all.

Jelly Beans, Hello, and Too Much Schoolwork

Though I have been frolicking about the internet quite a bit in the last week, I haven't taken the time to sit down and write a post.  I should, I know, but it's time consuming, and I'm lazy, and the last few days haven't been easy in my social life, due to the difficult times one of my friends is going through..  Anyways, here I am.

I haven't been around much-- I apologize!  My TV Production showed us this very cool music video in class today.  They didn't use a green screen once, if you're wondering.  That background is make of jelly beans.  Oh, and the music video is called In Your Arms and is sung by Kina Grannis.


I think this is super cool.  Now, I would write more, but I must study for my math test tomorrow.  Square root flashcards, here I come!  The test shouldn't be that difficult, luckily, just the Pythagorean theorem.  However, I will quite possibly get a not-so-amazing grade if I don't study.

If you don't hear from me much in the next two weeks or so, don't fret.  I've got several large projects-- I'm building a submarine for science, and have a middle eastern project to work on.  Le sigh.  Anyways, hopefully I'll be back in full swing over winter break.

Also, is anyone else terribly excited for the holidays?  All our wonderful family traditions will be coming up soon, and I'm so excited!