The world is weird

The sky is crisp

and the snow-capped mountains are

the only things left

from the shedding of their leaves

and even from a distance

I can pick out

The world is quiet

save for a few joggers

and stay-at-home parents.
Posted by The Dandy Lioness at 11:01 AM No comments:

Week two of my parents being in Europe.

Two years after he died.

Two hairbands in my hair.

Two mugs on the table in front of me.

It was two years today that my blog was started.

Email ThisBlogThis!Share to TwitterShare to FacebookShare to Pinterest
Labels: Blogoversary

And so, school has begun again.

Some new things have happened in my life. I'm a sophomore now, for one. For another, I ordered a new laptop that was delivered today, so I'm typing this from a ~brand new laptop~ which is all nice and shiny and tiny and I love it a whole lot. I have all new teachers and classes, except for my French teacher, who was our student teacher last year.

It's been nice to see my friends again, to give tackle hugs and exchange laughter, and bring up inside jokes from last year. It's interesting to see the dynamic that people have with freshman when you aren't a freshman. Last year, I didn't really notice the whole "unloved freshman" idea, but I have definitely noticed the upperclassman saying "I don't like them at all, ugh!"

My friends and I already have plans to go to the Homecoming game, but also decided that we don't want to actually go to the dance, and will probably stay home and watch TV together. (Which, knowing us, will include lots of giggling and way too much sugar.)

Even though my friends and I didn't really see too much of each other over the summer (other than the occasional get-together with one or two of us, and then one party, I didn't really see any of them), we immediately clicked back together as if we hadn't just spent two months apart, which was super lovely. Homework has already started up again, even though school only started yesterday, but that wasn't much of a surprise. Really, it's mostly slips for parents to sign and lab fees for various classes, but there is a nine page math packet I need to finish by Monday.

I wasn't ready to go back to school, and then I was, and then I wasn't again, and now I'm back at school and I don't know how I feel about that. Friends are nice. Homework and tests and teachers already talking about essays? Not so nice. But I know that I'm stuck with this for another ten months, so I really shouldn't decide I hate it on day two.

The Dandy Lioness*
*Due to the fact that I just got this laptop three hours ago, there are no photos in this post, because I haven't transferred my files yet. That'll change soon, but for the moment, this is one big empty computer, so you lovelies will have to deal without any pictures for a little bit...
Okay, really, with my track record it's quite likely that by the time I actually post again, this laptop will be fully updated and everything, but y'know. Whatever. Thought I'd let you know.
Posted by The Dandy Lioness at 9:28 PM No comments:

Email ThisBlogThis!Share to TwitterShare to FacebookShare to Pinterest
Labels: School

And then, it's back to life outside of the summer bubble.

It's weird. Summer really is a bit of a bubble-- it goes by in a haze of lazy mornings and late nights filled with TV, and afternoons with friends. And then all of a sudden, you realize it's August, and you to back to school in just over two weeks, and life comes crashing back down around you.

Your schedule comes in the mail. Back-to-school sales flood the stores. You start thinking about what it's going to be like to see your friends again. Planning for the first day of school outfit. A mad dash to do all those things you promised yourself you were going to do this summer.

And then it's back to waking up at 6:35, and nearly falling asleep during first period, complaining loudly with your friends about teachers, and trying to finish your math homework during break. Life goes from shorts and tank tops and not having to move for six hours straight, to running from one class to the next, trying to complete all your homework on time, laughing with your friends during lunch.

And I have to say, I'm a little bit excited. I have tackle hugs planned for more than one of my friends, and can't wait to be regaled with stories from the summer. And yeah, I'm not so excited for math class or sitting down for French. But I knew that summer would come to an end, and okay, the end has snuck up on me a bit.

But I know that I'm going to make the most of these eighteen days.

There's not really much else you can do.
Posted by The Dandy Lioness at 12:46 PM No comments:

I was the kid who didn't want to duck my head under the water at the pool in my friend's back yard, because I didn't want to have to go home with hair full of chlorine.

I was the kid who wouldn't sit on the log, for fear of it breaking... even though it was still almost as strong as when it fell to the forest's floor, and wasn't likely to break anytime soon.

It's only been in the last year, really, that I've loosened up. I was the first one to jump in the stream at the ocean, running through the water after a pair of golden retrievers. I agreed to dunk my head in the pool. I willfully participated in a water balloon fight-- heck, I was the one to fill up half those water balloons!

It's funny, really. I never realized before that if you just loosen up, you can have a lot more fun. Sure, you always have keep some caution about you, but is it really going to kill you to have to drive home with your head dripping with over-chlorinated water? To have to run home, laughing and soaking wet, after a water balloon fight?

Sometimes, you just gotta jump right in with the fun. 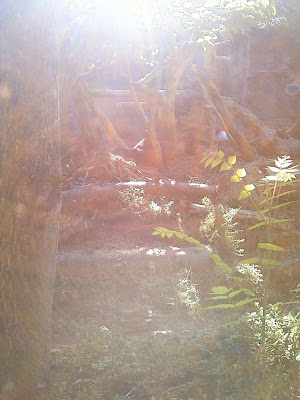 If you ever wonder what family is about,

let me sit down and tell you a story.

spent at the beach

running up a tiny set of stairs

and then going down a slide in front of him

to catch first his truck

as they zip down the slide.

And then doing it twenty more times.

It's about his mom saying

"You really don't have to do this," again and again

and shaking your head and saying "We're having fun."

It's about going on a bike ride

with a six year old

and watching strangers throw back the too-small crabs

and having her coach you on how to ride a bike

even though "I've ridden a bike before." has been said

holding a library's copy of a Magic Tree House book

and reading the whole thing aloud to him

in just one sitting.

It's about chasing that two year old down the beach

and holding his shoes when he drops them

as you jump the waves with her

and hunting for sea glass

with the eight year old.

It's about cartwheels in the sand

and talks about books late into the night

while sitting by a fire.

If you ever wonder what family is about,

it's about doing what is not asked of you

just because you want to. 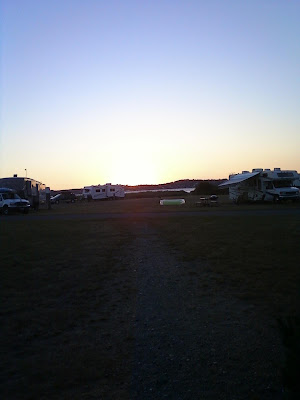 {Sorry for the not-so-great quality. I accidentally left my camera at home, and only had my phone.}

When you enter my room, I want your eyes to be drawn to my bookshelves.

I have three of them. One usually hides its contents from view, a tall, yellow-white-and-green bookcase with five shelves. Two of them flank my window.

And they're full. More than full, actually, as their inhabitants spill out onto the floor, are doubled up in places. My books lie haphazardly on top of each other. They're stacked here and there in sets of four or five, so that they don't fall over.

My books are a hodge-podge mix of blues and reds and blacks, orange and green sometimes peeking out from between their multicolored friends, and even pink making an appearance. They're a mismatched mixture of mass-market paperbacks and hardcovers, a collection of used and new books picked up at the local library book sale and at book shops all across the world.

If you notice nothing else in my room, not the photos on my walls, not the knick-knacks picked up from my time spent travelling and creations I've made myself, not the dried-up starfish and iridescent shells from a family friend, I want you to notice my books.

They occupy my bookshelves, impossibly disorganized, with no two books the same size next to each other. New books and old share the same shelf, from classics to children's books. Young adult and adult books sit squashed next to each other on a shelf that's a little bit too full, their pages being compressed by books on either side of them. Finding places for my books is no easy task, yet it's one I quite enjoy.

This mishmash of mismatched books is what I want you to notice when you walk into my room. 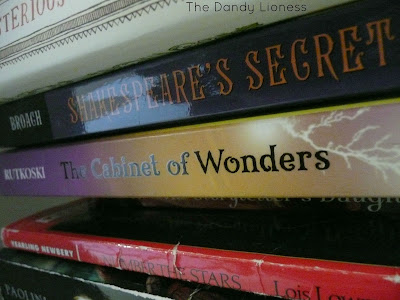